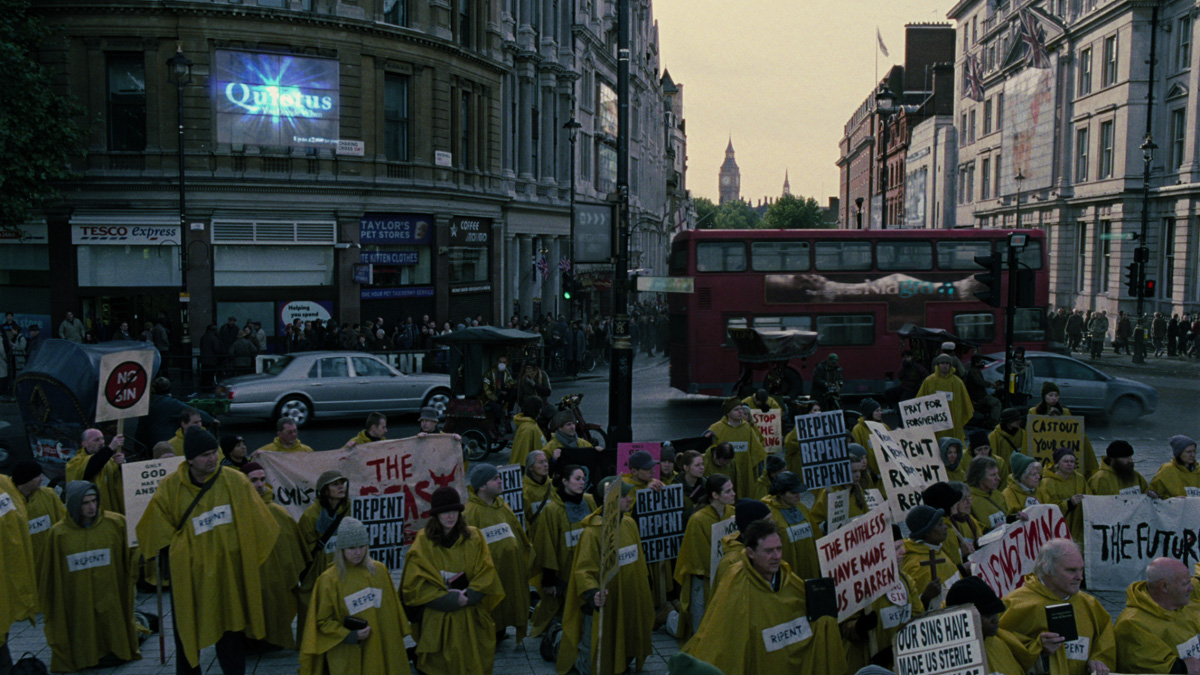 I have been thinking a lot about the “apocalytpic cities” section of my thesis. Initial thoughts are to focus on New York, but the whole idea of the multimodal mythic cluster means that New York is every city and every city is New York. Well, that is to say that New York is London, LA, Berlin, Shanghai, Hong Kong and various other nameless apocalyptic cities.

Just been searching out reviews of Children of Men a new adaptation of the P.D. James novel. Directed by Alfonso Cuarón(Y’Tu Mama Tambien and Harry Potter and the Prisoners of Azkaban) it is set in a beautifully dystopic London cityscape. The film is set in a world where New York has been destroyed by an atomic bomb some years earlier so in a sense London becomes the haunted double of the destroyed city.

A number of the reviews criticise – as reviewers love to do – “gaps in the logic” of the film, but given Cuaron’s other films and the bits that I have seen on the trailer I suspect the film has a compelling visual logic – a spatially imagined logic that is played out in the filmic recreation of “London”. A futuristic story is by definition one that will have gaps: the gaps of what has not yet been. The imagined city in such films is the fragile container of such aporia.

Just started today must try to see over the weekend.