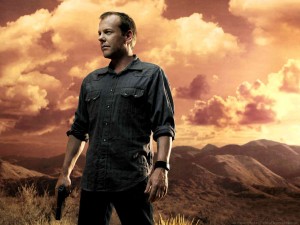 From a longer Washingtonpost.com article about TV and movie representation of surveillance:

Supreme Court Justice Antonin Scalia, who back in June reportedly went to great lengths to defend Jack Bauer. …At a legal conference in Ottawa, responding to another participant who warned against asking, “What would Jack Bauer do?”

The Globe and Mail of Canada reported on the event.

Scalia then apparently hammered at the legal conundrum of prosecuting the likes of Bauer:

“Are you going to convict Jack Bauer? Say that criminal law is against him?”

He asked: “Is any jury going to convict Jack Bauer? I don’t think so.”