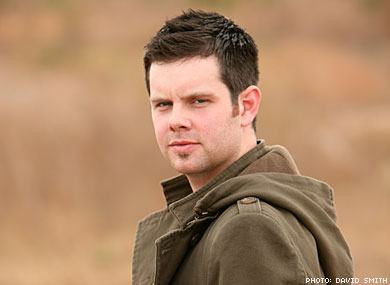 Jonathan Merritt...one of a new breed of evangelicals

“My generation will not fight to preserve the platform for traditional marriage that our predecessors have fought for,” the 26-year-old says. “Older evangelicals are so stubborn and unable to compromise or reach out a hand. And they’re in danger of losing their legacy.”

Whatever his personal beliefs on marriage equality are, you’re not likely to hear him rail against a gay rights agenda in the vitriolic vein of Pat Robertson or James Dobson. On his blog Merritt criticizes a Starbucks-addled American culture that ignores the atrocities in Darfur. He renounces the use of torture. Most notably, Merritt recognizes the burden of 6.7 billion people on the world’s ecosystems and chastises Christians who don’t view conservation and carbon footprint reduction as godly mandates. “Environmental stewardship has been integrated into Christian thought since the beginning of time,” he says. “Unfortunately, when modern evangelicals began associating themselves with a particular political faction, they were skittish about issues seen as leftist or liberal policy.”

Matthew Fox the former Dominican who was hounded out of the Catholic church for his exploration of creation centered spirituality makes a great point about the individualist drive of traditional religious right positions:

“So much of the [evangelical] agenda has come from the modern consciousness of the individual,” says Matthew Fox, an Episcopal priest and theologian in Oakland, Calif. “Am I saved? Am I a sinner? Am I going to hell? But I think this generation has grown up with the realization that the planet is dying and that its survival is a little more important than whom people sleep with.”

For more from Fox check out this interview