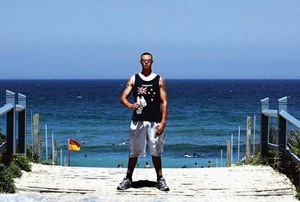 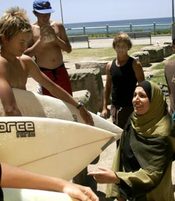 It is interesting to look at the evolution of the press images of the Cronulla riots.

This week we have an attempt to represent something of the multicultural efforts at reconcilliation.

It seems to me that last week’s image was an invitation to riot.

Hopefully this week’s image is an invitation to dialogue.

Hopefully it also reflects some growing self awareness in the media that news organisations must contribute to social cohesian not just report social unrest.

We all live in a number of possible worlds.... This was one of my attempts to bring together different strands of my life into one cyber environment. I posted on a range of topics including journalism; social media and blogging; digital innovations in storytelling; teaching and learning and myth and narratives in politics and popular culture. The site was active between 2006-2009. I now post at marcusodonnell.com